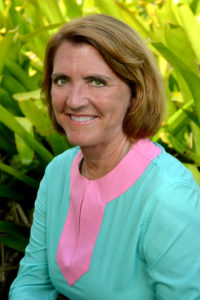 Frances Larose has a multi-faceted communications background and is a specialist in professional services, social media and consumer marketing public relations. For over 25 years, Frances has honed her skills in marketing and has owned her own full-service public relations and advertising company since 1987. Prior to that she was a senior account executive at Hill and Knowlton, Inc., an international public affairs company. Frances has supervised major promotional campaigns through digital media and interactive forms of communications and marketing, locally, nationally and internationally for the Taiwan Tourism Bureau, the government of Hungary, the SF Giants Community Fund, dmg worldmedia, Pacific Bell, Pinnacle Systems, Hanson, Bridgett, Marcus, Vlahos & Rudy, John Burris Esq. (co-counsel for Rodney King), InterHealth, London International, Gimbal’s Fine Candies, Foster Farms, Haagen-Dazs, the Cognac Information Bureau, and Coca-Cola.

An award-winning publicist, she was responsible for the coordination and media coverage of several international marketing campaigns, as well as political luncheons for Governor Mario Cuomo’s gubernatorial and President Ronald Reagan’s presidential campaigns in New York City. She was part of the public relations team that coordinated NetDay ’96, a program spearheaded by President Clinton to connect California schools to the Internet. Frances was part of Aeroflot’s first news delegation to fly from San Francisco directly to Moscow on May 15, 1992, and she was part of the think tank that put missing children’s photos on milk cartons. She recently took a group of journalists on a FAM Trip to Taiwan and toured the entire country.

Frances is a frequent speaker at colleges and conventions in reference to the digital and traditional media and was featured in Glamour Magazine for her involvement in the entertainment industry, following her stint as an assistant producer with San Diego’s PBS station.

Frances is past president of American Women in Radio and Television (AWRT) Golden Gate Chapter. During her tenure, her chapter was honored as the first runner up for the 1991- 1992 Chapter of the Year. She also spent four years as the western area vice president and chair of the Foundation for AWRT’s national board. Active in the community, she was on the board of directors Peninsula Youth Ballet, the Vestry at the Episcopal Church of St. Matthews, executive member of Provisors, a member of the SF Bay Area Publicity Club, is a member of the International Food Writers and Travel Writers Association, and a contributor to numerous local community newsletters. She was honored as a woman business owner in Who’s Who Worldwide, and under her tutelage The Larose Group/PR Magic received the 2016 “Best of San Mateo” Award in the category of Public Relations and Publicity.

Frances received her B.A. and M.A. degrees in Communication from the University of California, San Diego, and completed graduate courses at New York University. She is an avid sailor and cyclist who has ridden across the United States and China. 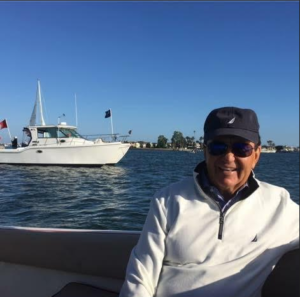 Bill has more than 45 years of marketing experience in a variety of fields, including consumer products, sports, entertainment and leisure. A graduate of Boston College with a degree in Marketing, he specializes in sponsorship programs, sales strategies, advertising, and entertainment events. He has served as a consultant for the Larose Group for 25 years, and has been an invaluable resource for our clients and projects in Southern California.

Bill has developed marketing and entertainment concepts for packaged goods, including Quaker Oats and General Foods, the Disneyland Resort, NFL, Coca-Cola and more. He served as Vice President of Sales & Marketing for the Seattle Mariners Major League Baseball team, where he was responsible for advertising, radio and TV contracts, sales, publicity, promotions, and corporate sponsorships. He was also the National Sales Promotion Manager at Quaker Oats, and the Corporate Director of Promotions, as well as the Director of Marketing at Disneyland.